Home » Bioenergy » What is Bioenergy? 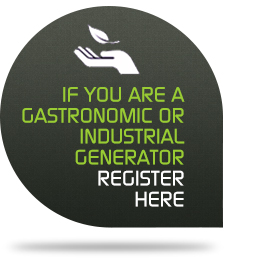 Bioenergy is a type of renewable energy produced from the utilization of organic and industrial materials which resulted from a biological or mechanical process, usually from the organic material of living organisms, or their residues.

Its best known forms are: Biofuels: Biodiesel, Bioethanol Alcohol and Biogas and Biomass.

Biofuels: are obtained from vegetal or animal biomass, it is renewable, and can replace fossil fuels obtained from petroleum. For its production, agricultural crops are used such as corn and cassava, or oleaginous plants such as soy, sunflower or palm. Some forest species, like eucalyptus and pines, are usable as wel.

The use of biofuels constitutes a closed carbon cycle. Using biofuels means a reduction of the CO2 sent to the atmosphere, as part of this amount of gases was absorbed by the plants used to produce it during its growth. During combustion, biofuels release a similar amount of CO2 than the one released by conventional fuels.

Biofuels are often mixed with other fuels in different proportions, 5%, 10%, or more, for its use in transportation.

Biomass: was the first energy resource known to humanity. The biomass from wood, agricultural residues and manure is still the main resource of energy in non-industrialized countries. Biomass, as an energy resource, can be classified in natural, residual and energy crops:

... vegetable oils used for cooking have a maximum reusable limit which every gastronomical business should take into account to deliver a healthy product to their customers?